The Other Cheeky Artists - Bob Hill 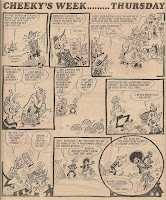 Bob Hill's work on Cheeky's Week was limited to a single issue late in the run.  He provided 4 pages in the 105th comic dated 10 November 1979.

One page of Bob's non-Cheeky art had earlier appeared in the issue dated 12 May 1979, which featured a 'Star Guest' feature devoted to Super Store, a strip Bob drew regularly in Whizzer and Chips. 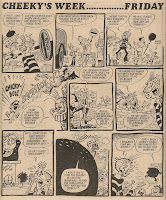 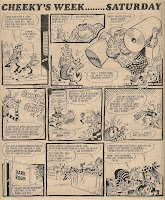 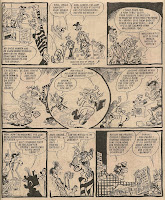 Email ThisBlogThis!Share to TwitterShare to FacebookShare to Pinterest
Labels: Bob Hill, The other Cheeky artists