From the first issue of Cheeky Weekly to the issue dated 02 December 1978, Cheeky would go to the cinema on Saturdays. The programme included a supporting feature before the interval and main feature. The majority of the strips that represented the supporting cartoon feature were based on Warner Brothers' characters. Presumably these Warner pages were reprinted from American comics. 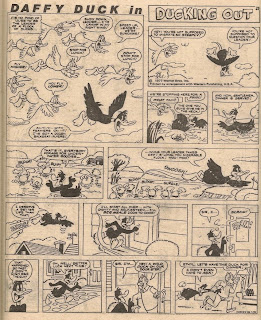 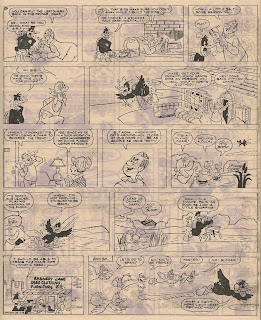 A seemingly random collection of IPC reprints were also used to fill the cartoon spot.

Hickory Dickory Doc. apparently originally appeared in Cor!! as one of a number of try-out strips which were voted on by readers.  It didn't win. See Peter Gray's blog. 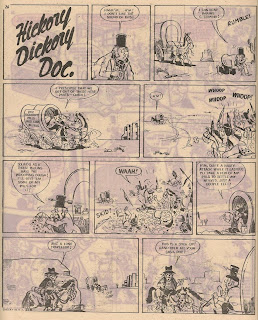 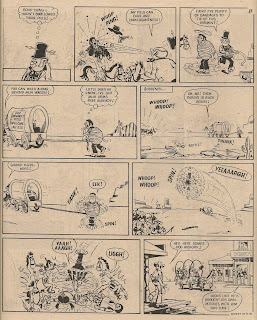 In the 21 October 1978 issue, the cartoon was replaced by a magic show to celebrate Cheeky Weekly's first birthday. This issue was the only one to feature the Presto character, who appeared throughout the week, inducing paranoia in Cheeky as the other characters claimed not to see the giant rabbit.  Little did Cheeky know that his pals were planning the upcoming magic show. 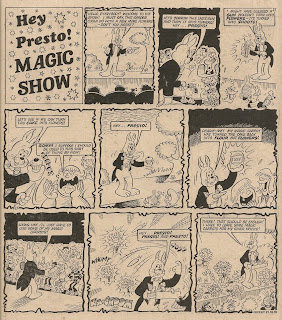 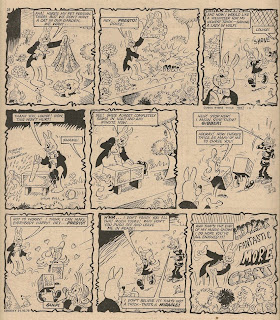 In the 30 September 1978 issue a Tweety and Sylvester 2-pager replaced the main feature.
Posted by Niblet at 15:00