A number of the supporting cast who populated Cheeky's Week in his own comic originated in the Cheeky pages in Krazy. However not all the characters who appeared more than once in the toothy funster's Krazy strip made the transition into Cheeky Weekly.

The 'Ello It's Cheeky strip in Krazy's debut issue included a panel in which the toothy funster was accosted by an un-named girl who set up a gag about her brother.


The same girl (who remained anonymous throughout her Krazy career - Brother Girl is my rather uninspired name for her since, with 2 exceptions, all her feed lines referred to her male sibling) went on to make a total of 9 appearances with the toothy funster in Krazy, although she had no dialogue when appearing among the Krazy Town supporters at the footie match in the 27 November 1976 issue. She appeared twice in the comic dated 04 December 1976, the first time setting up another brother gag, and the second as a non-speaking audience member at the theatre.

Brother Girl's extended moment in the Krazy spotlight occurred in the 25 December 1976 edition where, unlike all her other appearances as Cheeky's stooge, she got to feature in several panels. 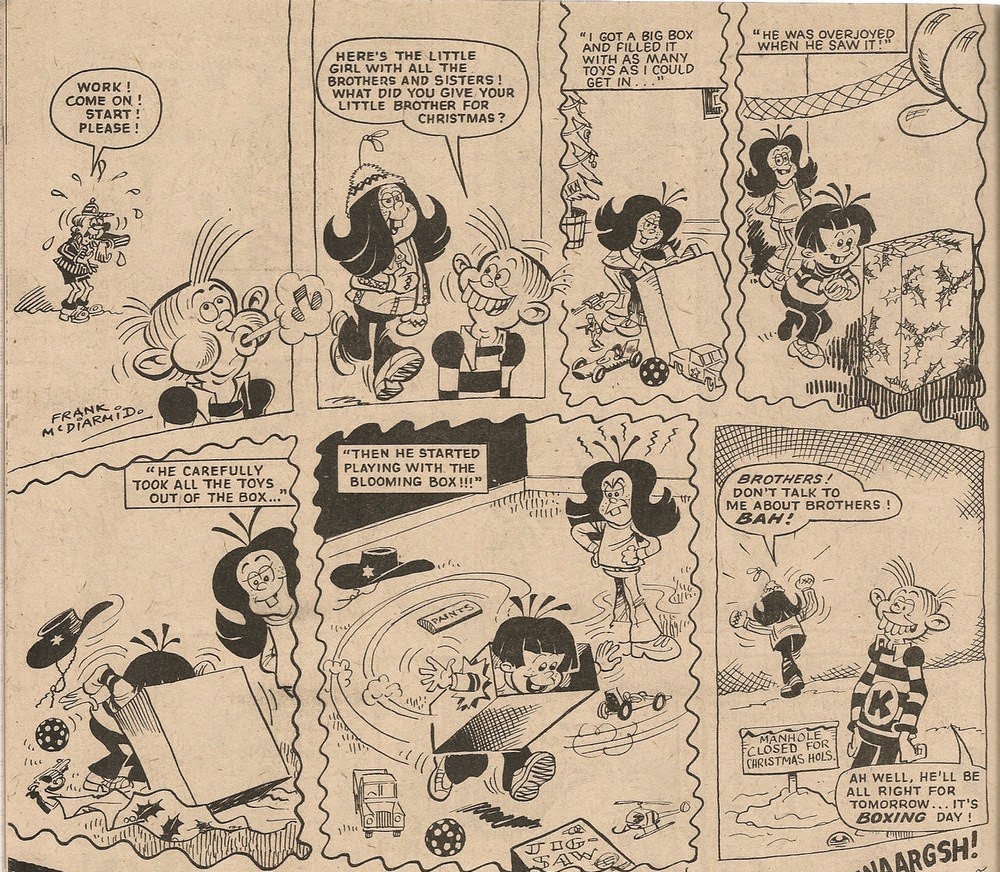 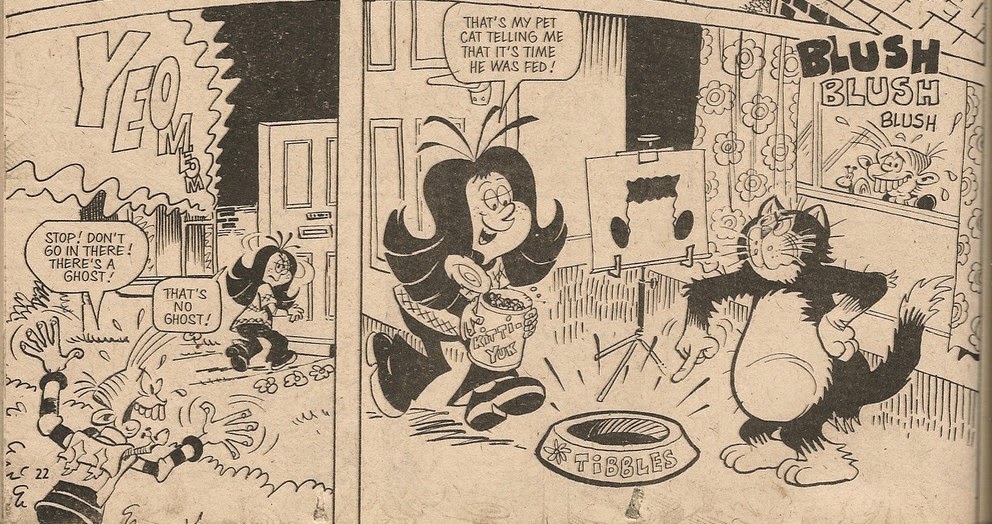