The large single-panel gag component of  this week's Cheeky's Week...Sunday cover strip is instigated by the toothy funster's subterranean stooge Manhole Man, who is becoming something of a fixture on the front page as he also featured prominently on the 26 May and 02 June issues. This is a pure-Frank McDiarmid page, in which we observe that the Sunday Sumfink is Manhole Man's choice of reading on the day of rest.

Progressing to page 2 it becomes evident that the artwork in that location has been produced by Frank McDiarmid pencils. A swift reference to the Cheeky Weekly Artist Index reveals this is the first FMP page since the 26 May 1979 comic.

Aged automaton 6 Million Dollar Gran appears to be impinging upon Granny Gumdrop's area of expertise in this episode – I like the parachute gag. 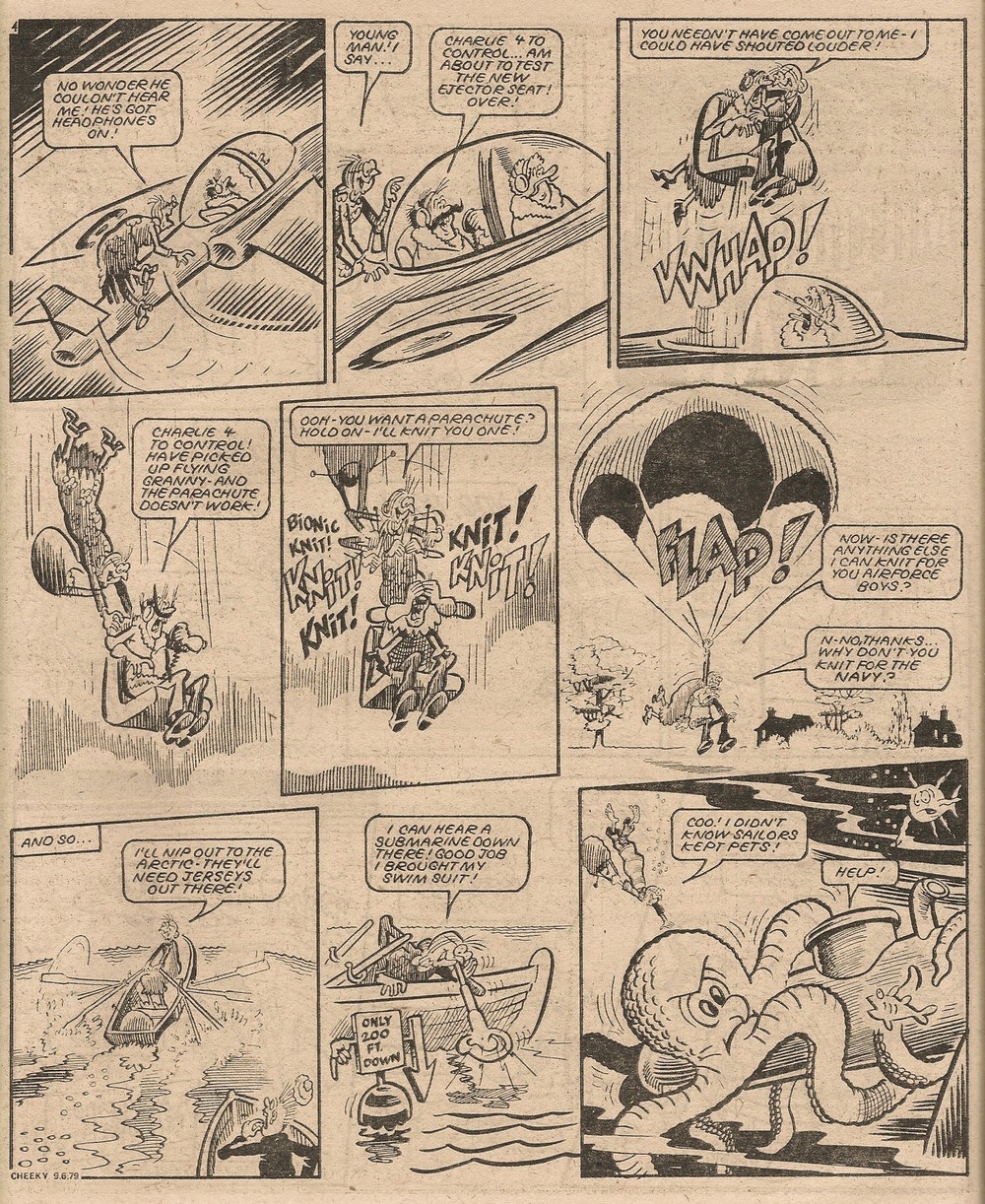 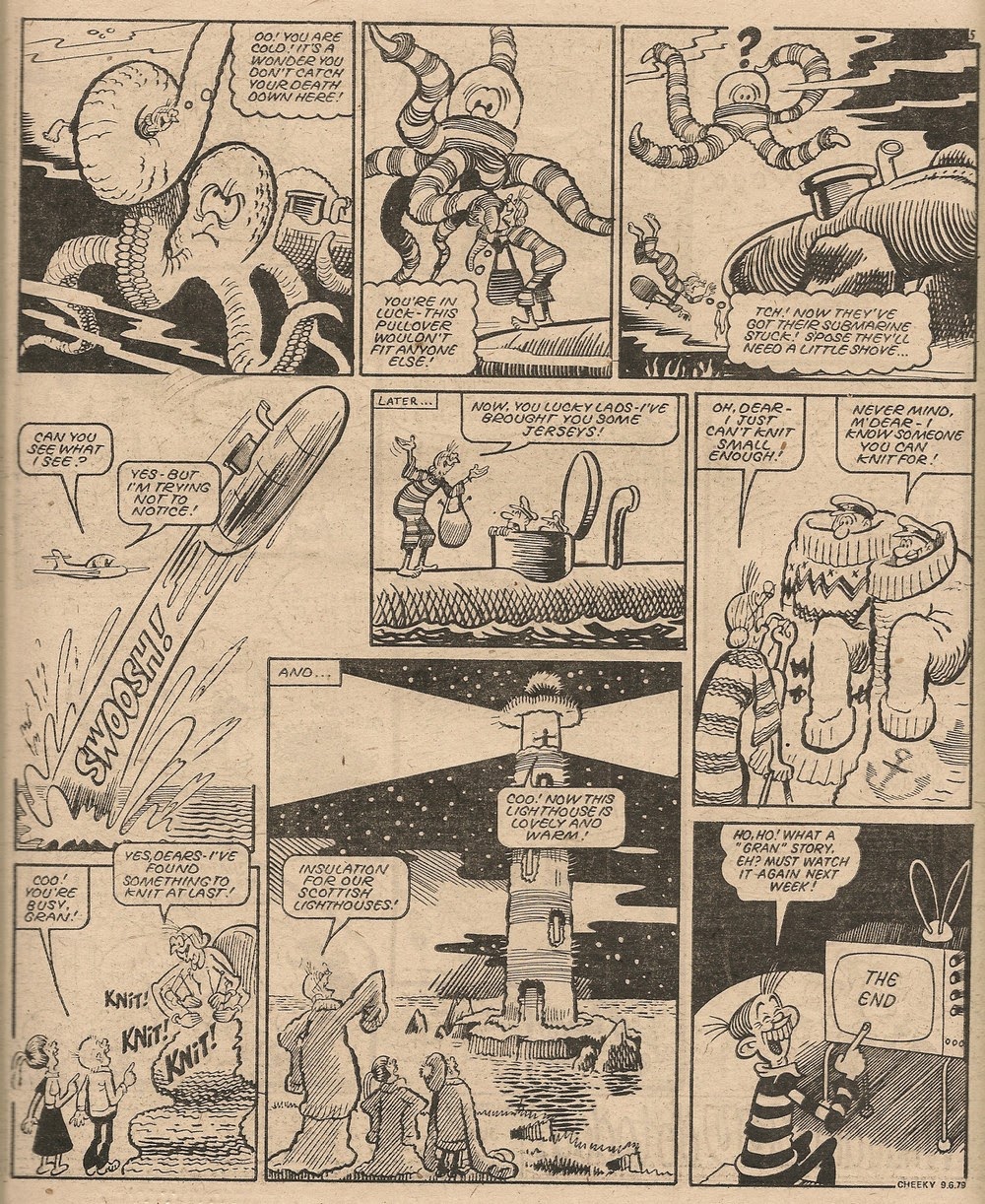 The latest Star Guest emissary to Cheeky Weekly is Lazy Bones who somewhat surprisingly has summoned the energy necessary to make the journey from Whizzer and Chips.

Luscious Lily Pop is the source of the Mystery Comic this week, wherein our moneyed mate Mustapha Million follows Gran's example by incorporating a parachute into his adventure. 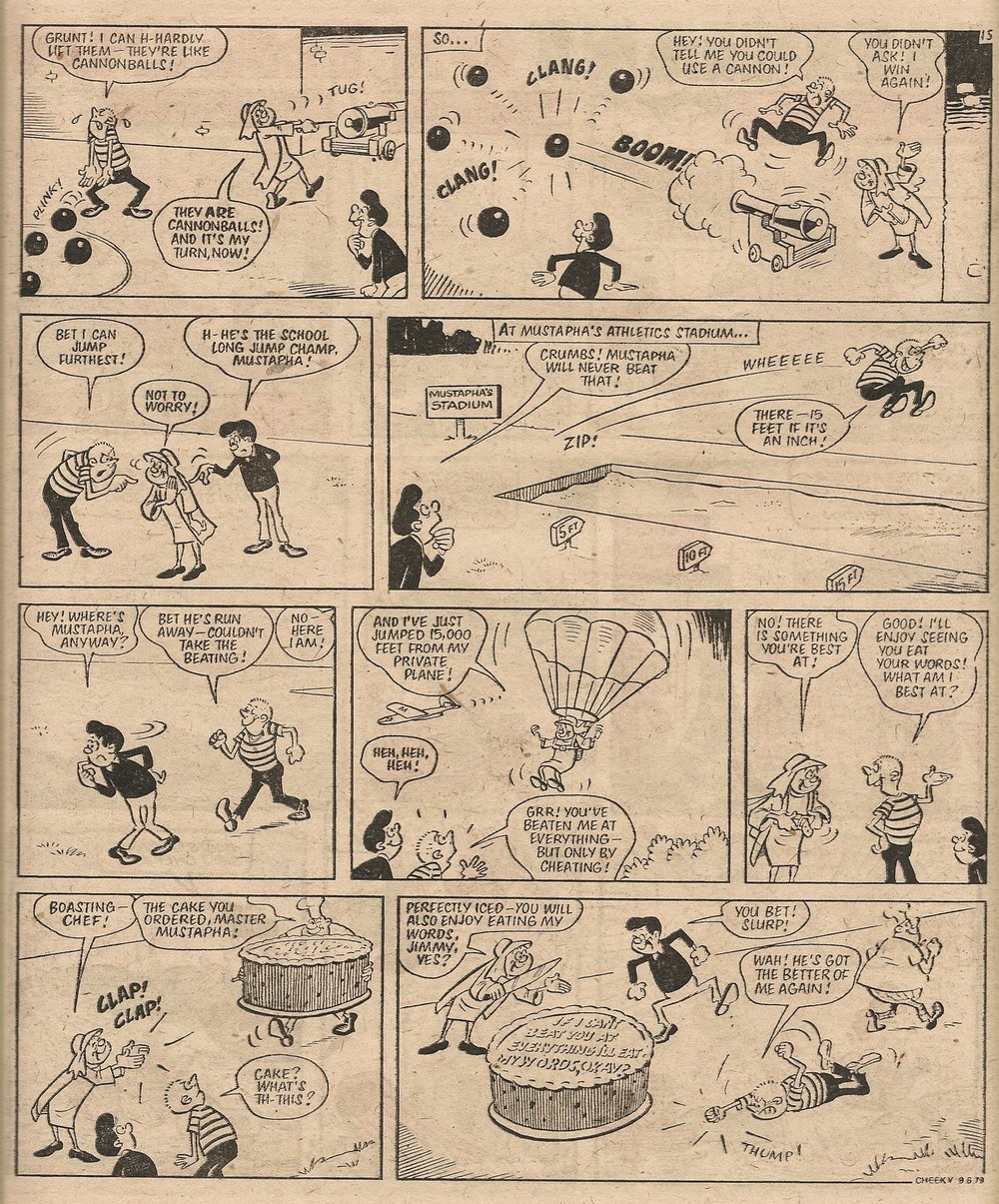 There are echoes of Gran's encounter with an aquatic adversary during the comical Caledonian capers evident in Elephant on the Run when our pachyderm pal masquerades as the Loch Porridge Monster, a ploy which displeases the genuine loch-dwelling leviathan...


There's a full complement of Mystery Comic strips in this week's issue, the first time none of the characters have been absent since 10 March 1979.

Returning to the Cheeky Weekly section of the comic, pages 21 and 22 contain the concluding instalment of the incredibly dull Spotter Book of Town and Around, so good riddance to that. The final panel of Thursday looks as though it was originally intended to introduce Speed Squad (who are absent this week), however as Cheeky explains, the following page is in fact the site of Joke-Box Jury (featuring, as it often did, some jokes which would be judged inappropriate today). 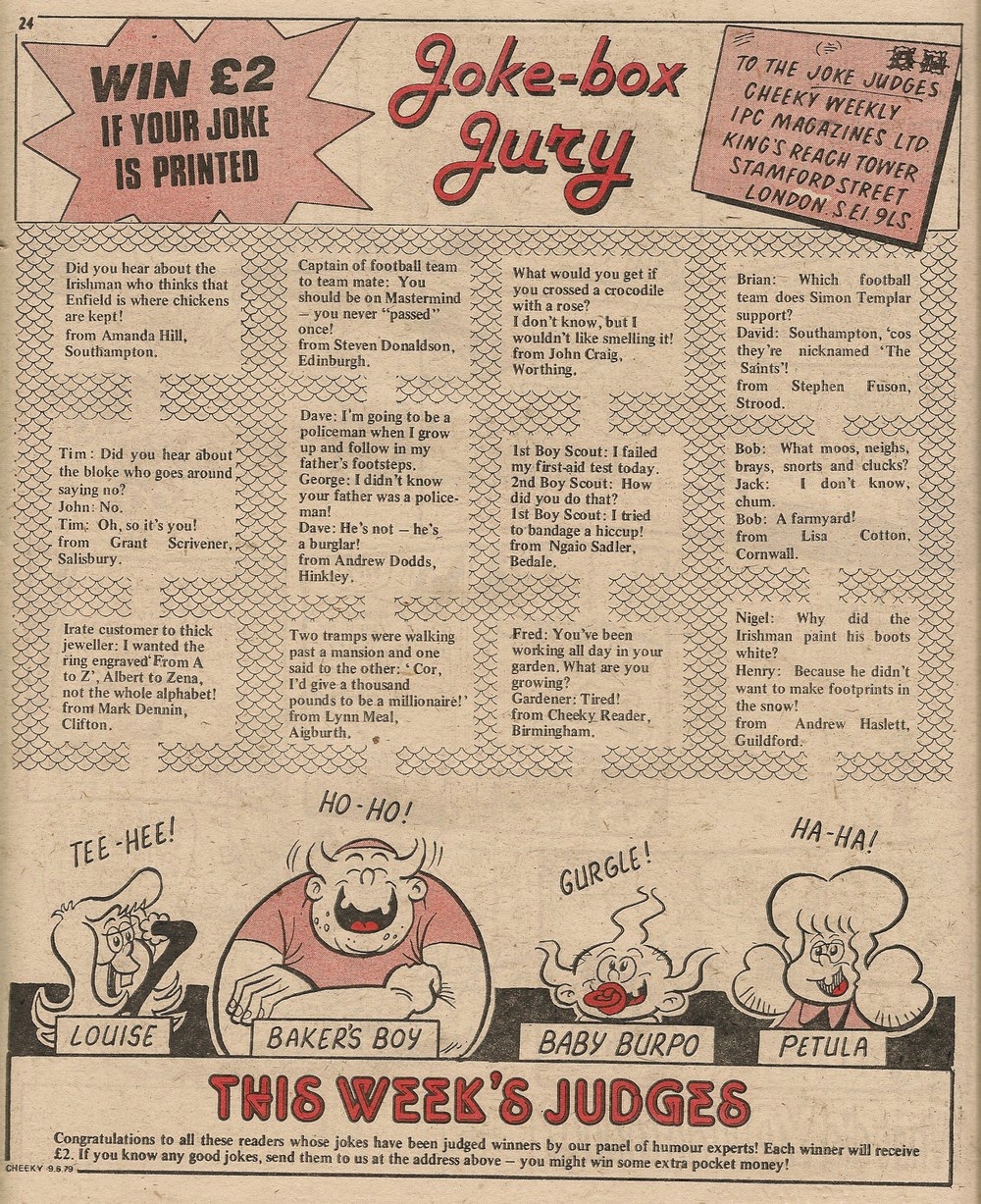 Page 29 reveals that the toothy funster and chums will be getting down with the boogie beats next issue...

Cheeky's Saturday is devoted to a cricket match, and our grinning pal leads his team to victory over Teacher's opposing side. The final panel features a rather odd-looking toothy funster in the midst of the celebrations.


Mirthful mesmerist Hypno-Tessa is the subject of this week's Burpo Special on the back cover.