Store Wars, a rollicking tale of retail rivalry, made its debut in Whizzer and Chips dated 05 September 1981. Rather unusually for a humour strip at that time, the feature's initial instalment ran to 3 pages (and the fourth panel contains an image of utter despondency, the like of which I've never seen in a kids' humour strip). 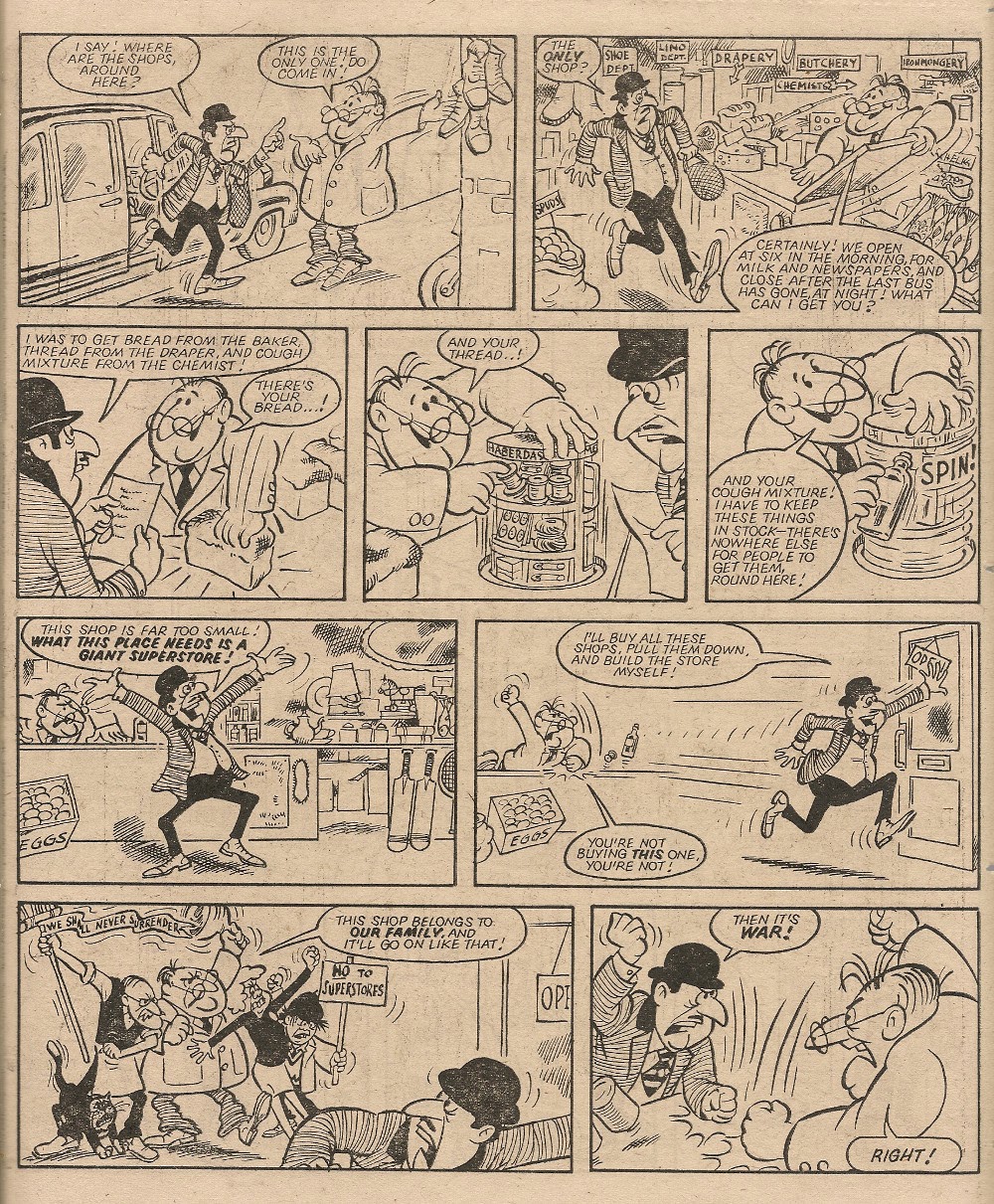 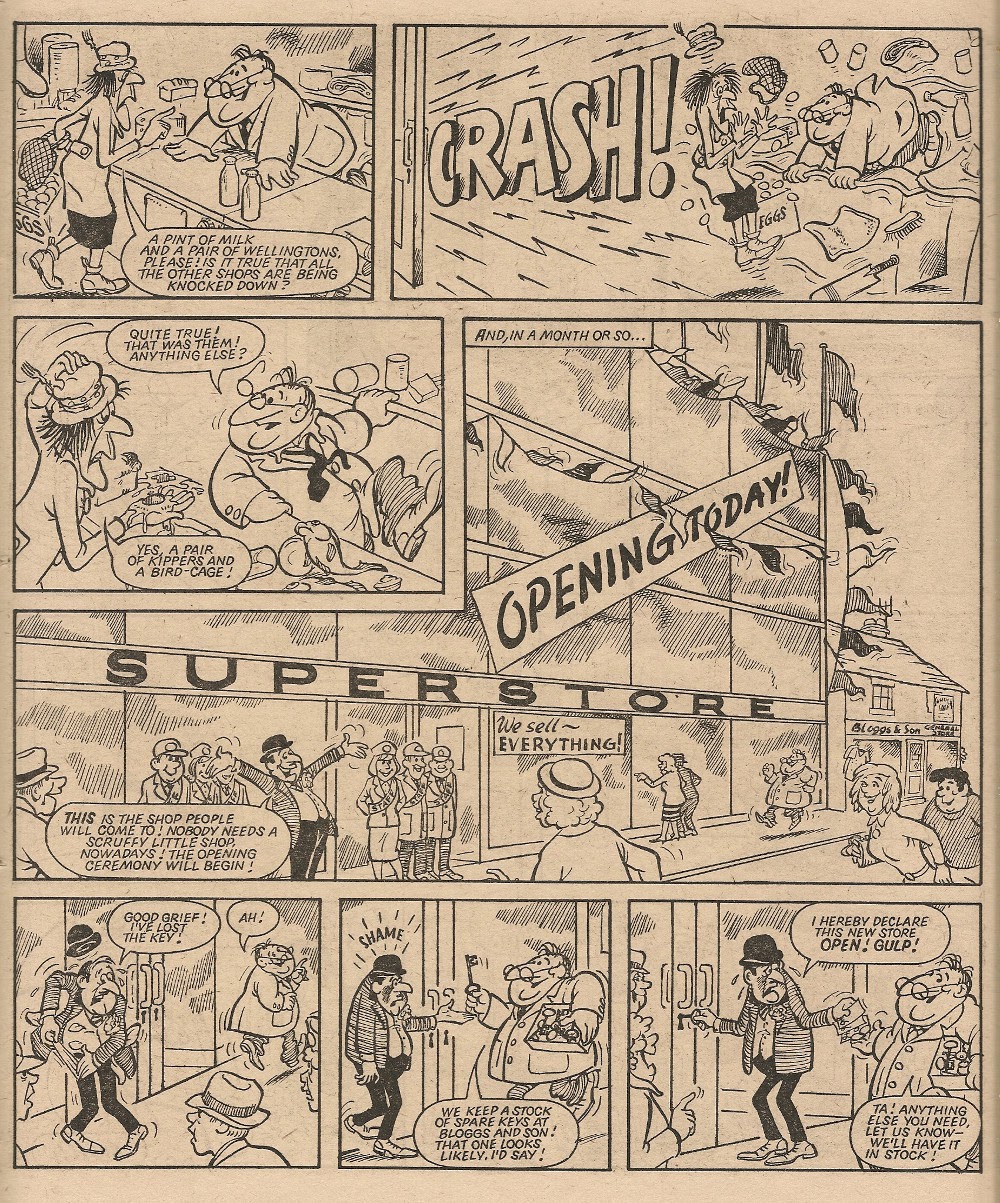 For many years I was unable to put a name to the artist who first drew the strip (artwork duties on Store Wars were eventually passed to Jim Watson and then apparently Jimmy Hansen although I don't recall that myself). In latter years I came to associate this artist's work with the name Doug Goodwin. I wasn't the only one to make that connection, as evidenced by the Wikipedia entry for Store Wars.

However, I was recently perusing Whizzer and Chips dated 27 September 1986, and spotted the first letter on the Sid's Whizz-kids page...

Vigilant reader Robert Ravenscroft had noted a change in the artwork style on Store Wars, because as of the 02 August 1986 'new look' issue, reprints drawn by the original artist had replaced episodes drawn by Jim Watson. Just for comparison, here's the Store Wars story from the issue of Whizzer and Chips in which the letter above appeared... 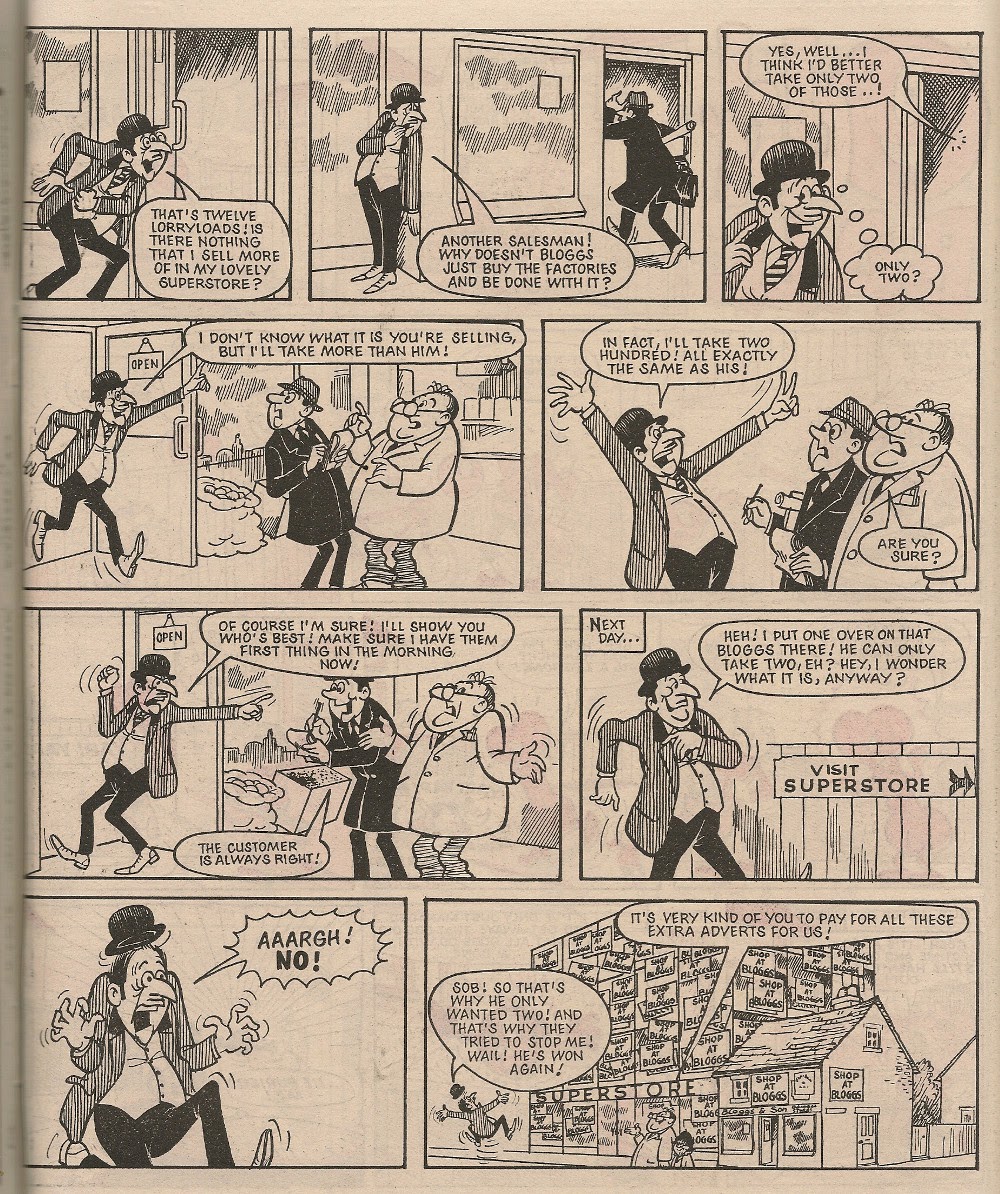 I think we can all agree that this artist is the same person who drew the first episode above.

I must have read the letter and reply when I bought the comic in 1986, but unfortunately over the years the artist's name evidently exited my brain via a gap in a bunch of neurons.

Now, you may be thinking that we're veering somewhat from Cheeky-related matters here, but this does in fact impact on the Cheeky canon, as the artist I now know to be Doug Jensen drew a nine-page Stage School tale in the Cheeky Annual cover-dated 1985. Here's the first instalment... 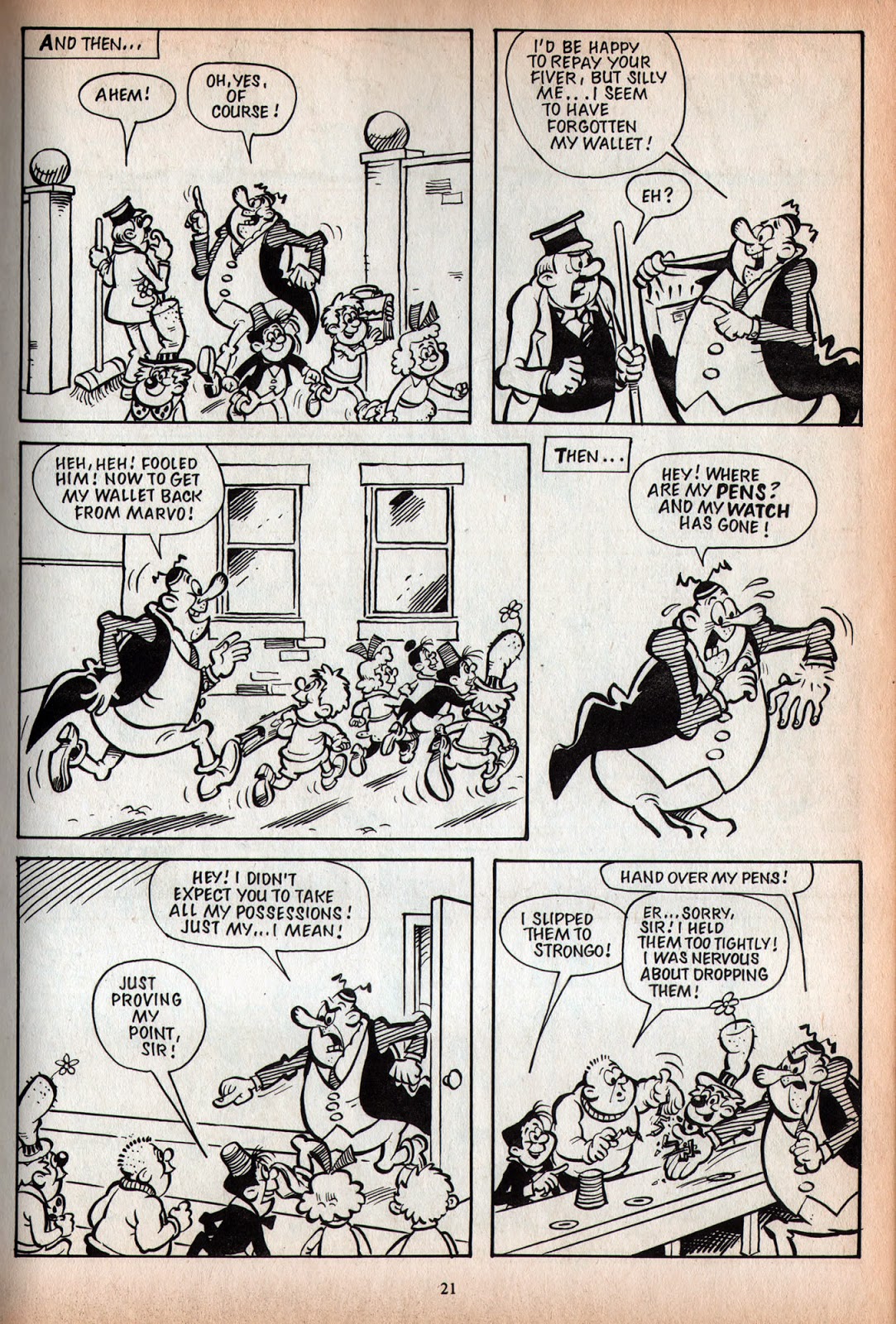 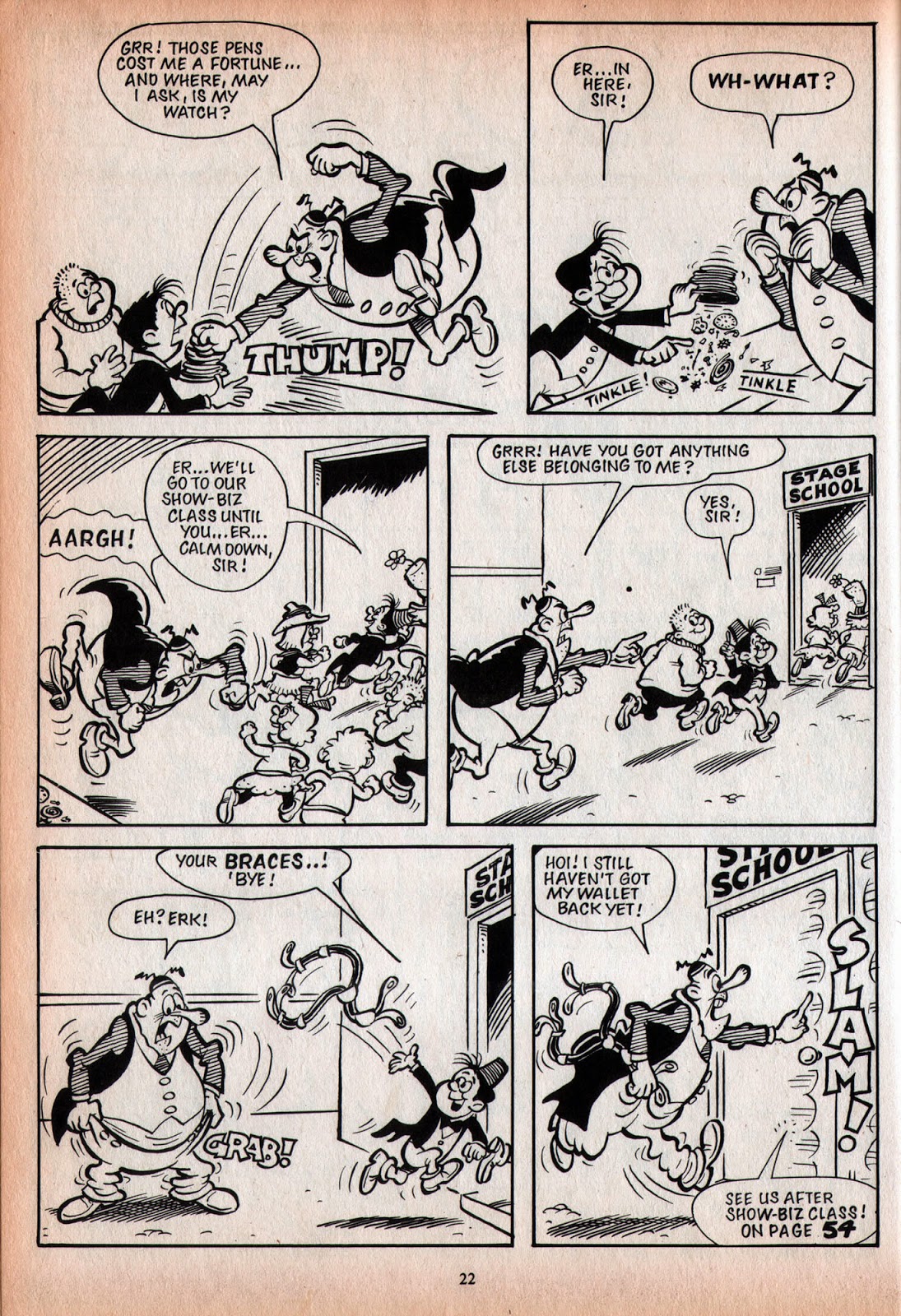 Sadly, a quick online search doesn't turn up any info regarding Doug Jensen, comic artist, although there is an animator of that name who was credited with work during the 1970s. If anyone has more details please get in touch.
Posted by Niblet at 15:49