Whizzer and Chips dated 12 March 1988 - Mustapha is once again the victim of a frequent interloper into his stories. Are you on the ball enough to spot the regular raider? Scroll down to see the identity of the unwanted guest. 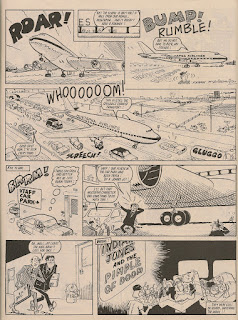 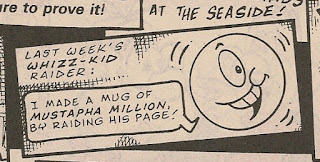 Yes, it's that monocular menace Odd-Ball again. AND he's reverted to using that flippin' annoying phrase which we haven't seen since Lazy Bones hitched a ride in another of Mustapha's aircraft in the issue dated 25 July 1987.

Mustapha's story this week is rather shocking to our 21st century sensibilities. Our pecunious pal clearly wasn't familiar with the term 'carbon footprint'.