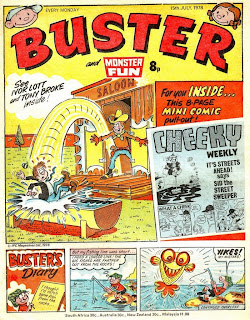 The third week of IPC's summer 1978 mini comic promotion saw a miniature replica of Cheeky Weekly appearing in Buster and Monster Fun dated 15 July.  Many thanks to Zeg for providing the scans.

The format and artists for this Cheeky mini comic are the same as they were in the version that appeared in Whoopee! the previous week, although the content is different, so for artist details please look here. 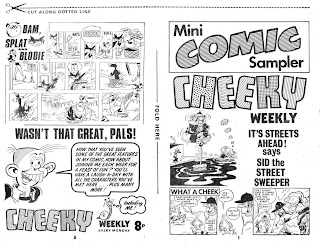 Having said the format is the same as for the Cheeky mini comic in Whoopee! there is one major difference - the back/front cover of this mini comic is in black and white.  This is because, for some reason, Buster had colour only on the front and back covers, whereas Whoopee! and Cheeky Weekly, in addition to colour front and back, had 2 internal feature pages in colour.  Why this should be when all three comics had the same page count and cover price remains a mystery.

The image on the mini comic cover is from the Pin-Up Pal poster that appeared in Cheeky Weekly dated 08 April 1978. 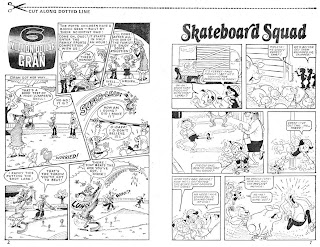 Unlike the Cheeky comic that appeared in Whoopee! there is a panel explaining the reason for Gran's amazing feats.  However the explanation that Gran is bionic is not actually correct, as according to the first issue of Cheeky Weekly she is a robot. 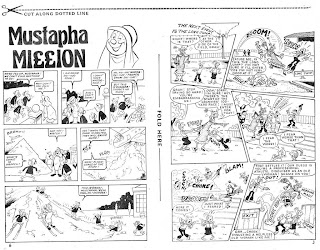 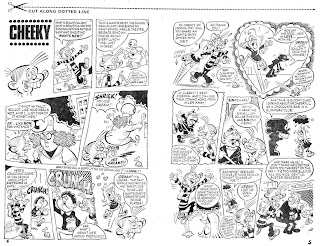