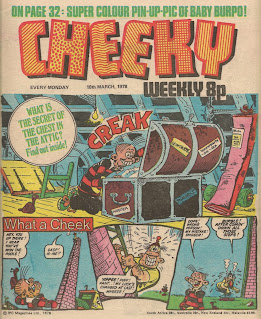 The Pin-Up Pal poster of Baby Burpo gets above-the-title billing this week, and below that is a reference to the Old Comic feature, as Cheeky eagerly peers into his dad's chest of comics.  This depiction of Cheeky and Snail would appear to have been specially drawn for the cover by Frank McDiarmid, unlike many of the earlier 'inside-this-week' cover pictures which featured artwork taken from panels from the comic's interior.  Below this illustration is the What A Cheek strip, featuring hilarity at a height at the expense of an anonymous steeplejack.

6 Million Dollar Gran recovers a stolen racehorse and carries it past the winning post in a 2-page tale, and just as we begin to wonder if one of Cheeky's Pals will be featured throughout the week in this issue, on Monday Cheeky meets mirthful mailman Postie who is puzzling over a letter with an indecipherable address. The perplexed postal worker is determined to solve the mystery by the end of the week. 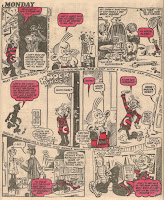 Later on Monday, Cheeky settles down to read the first chapter of the new James Bold novel, Tower of Terror.  Unlike last week, Cheeky manages to complete his reading of the chapter before the irate newsagent pounces.

On Tuesday Cheeky ascends to the attic and raids the chest we saw on the cover to read a page from Chips, 1945, containing vintage Casey Court and Alfie the Air Tramp strips.

Malodorous miscreant Pongo Snodgrass, from Krazy comic, makes a brief appearance in this issue's Creepy Sleepy Tale, and in a memorable instalment of their adventures, the Robinson family learn that King Blubber is not what he appears.  However, they won't discover what he actually IS until next week's episode of Space Family Robinson. 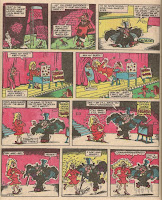 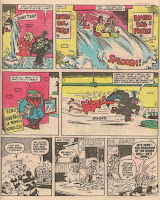 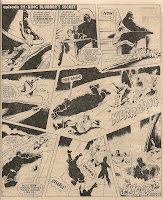 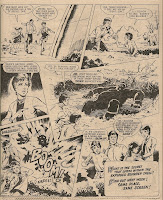