Unlike fellow refuse operative Sid the Street-Sweeper, Short-Sighted Dustman had not previously appeared in Krazy comic before making his Cheeky Weekly debut.

The myopic muck mover had a very brief sojourn among Cheeky's pals, appearing for the first time on 19 November 1977 when trying to empty the cinema commissionaire into his dustcart, then making only 3 further appearances, the last being in the comic dated 14 January 1978. 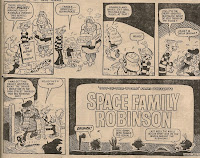 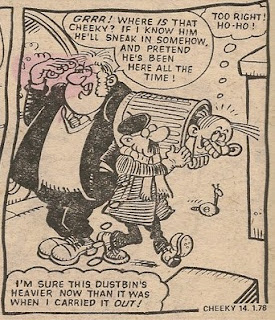 Even within this short span, he was usurped by yet another refuse-related character, Don the Dustman, who swapped a gag with Cheeky in the Christmas 1977 issue of the comic and was never seen again.