The Other Cheeky Artists - Jim Watson 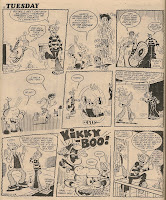 Jim Watson's artwork first appeared in Cheeky Weekly issue 17, dated 11 February 1978, for which Jim supplied 3 pages, from Tuesday to Thursday (the conclusion to Wednesday was not by Jim). 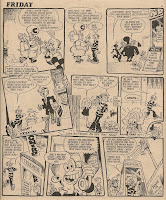 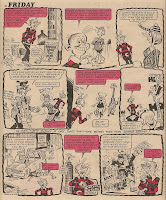 03 June 1978 included 4 pages of his work, and Jim's last work on Cheeky's Week appeared in the issue dated 10 June 1978, to which he contributed 4 full pages and a three-panel Saturday conclusion.

There was some more work from Jim in the comic - his Hickory Dickory Doc (reprinted from Cor!!) appeared in the 16 September 1978 issue.

Email ThisBlogThis!Share to TwitterShare to FacebookShare to Pinterest
Labels: Jim Watson, The other Cheeky artists