The Cheeky art of Frank McDiarmid 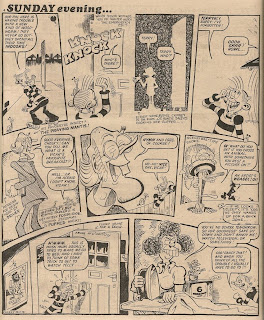 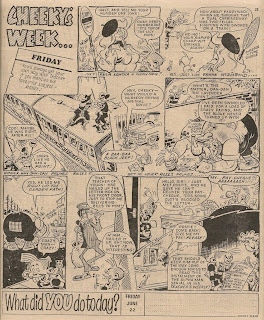 Before I go further in discussing the other Cheeky artists, I thought I'd better devote a post to the undoubted master of Cheekery, Frank McDiarmid. All the scans of the Cheeky pages that I uploaded prior to the Dick Millington post are of Frank's work, so he has been well represented already, but one can never have too much of a good thing, so here's some more.


Aside from the great artwork and crazy page construction, I love Frank's notes between the panels.  Often these remarks refer to himself so that he almost became one of the characters in the comic. 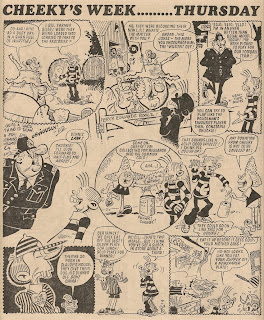 He wasn't afraid to take the mickey out of his own artwork. 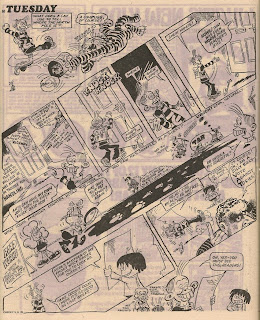 Frank also provided political caricatures on occasion.  The then-current Labour Chancellor of the Exchequer, Denis Healey, appeared in more than one issue (for younger readers, Healey is the chap with the bushy eyebrows worrying about VAT, and that's Margaret Thatcher, the Conservative leader, at the bottom of the page).


In the Snail of the Century page in this earlier post, Frank seems to be depicting himself.
Posted by Niblet at 15:14