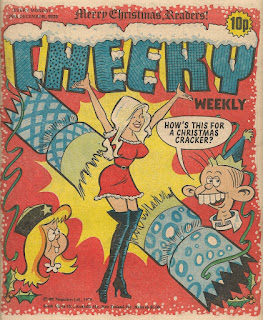 
There’s a yuletide filler on page 23 in the form of Cheeky’s Christmas Quiz, following which is a reprint episode of The Gang (originally appearing under The Double Deckers title). Last week’s Gang story was a Christmas one, which I suspect was the only genuine festive Double Deckers tale in the strip’s original run. Thus this week’s adventure has had some of the dialogue altered to refer to a Christmas party – the original probably concerned just a generic party (a reference to Disco Kid has also been added). Tiger’s references to her soft toy, also called Tiger in the TV series on which the strip is based, have been changed to ‘my toy’. 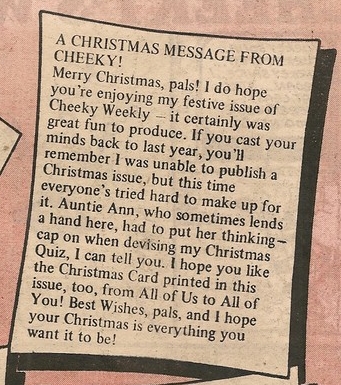