My thanks to Stephen Archer for alerting me to this shocking incident, featuring uncharacteristic behaviour by our toothy chum.

Readers who have been following this blog for some time will be aware that I have been examining the involvement of ex-Cheeky Weekly characters in the cross-comic 'raids' that were a feature of Whizzer and Chips. My starting point for this series of posts was the amalgamation of Whoopee into W&C as of April 1985.

However Cheeky had of course been appearing in Whizzer and Chips for some years before that mighty title welcomed aboard the survivors from Whoopee - The Krazy Gang, which numbered the toothy funster amongst its members, had been inducted into the Chips section following W&C's absorption of Krazy in April 1978.

In Whizzer and Chips dated 19 March 1983, Cheeky was dispatched across the border into Whizzer, to intrude upon the retail rivalry between Bloggs and Mr Superstore... 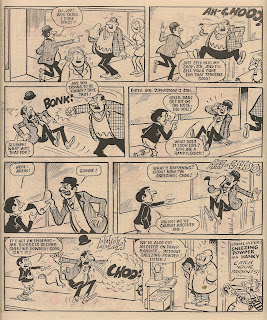 Rather presciently, in response to the viral menace abroad on the streets of Whizztown, the responsible Bloggs and his assistant Ted are wearing face coverings as the strip commences, but remove them rather prematurely in my view. Selling sneezing powder is not something the authorities today would condone. Anyway, the other interesting thing about this strip is Cheeky's rather cruel intervention. The toothy funster was always a gagster rather than a prankster, so his actions aren't in keeping with his normal disposition. Joker would have been more likely to carry out this kind of thing, but he was of course a Whizz-kid, so wouldn't undertake a raid on his fellow Whizzer inhabitants.

This is how the raid was reported the following week, first by a gleeful Shiner on the Chip-ites page... 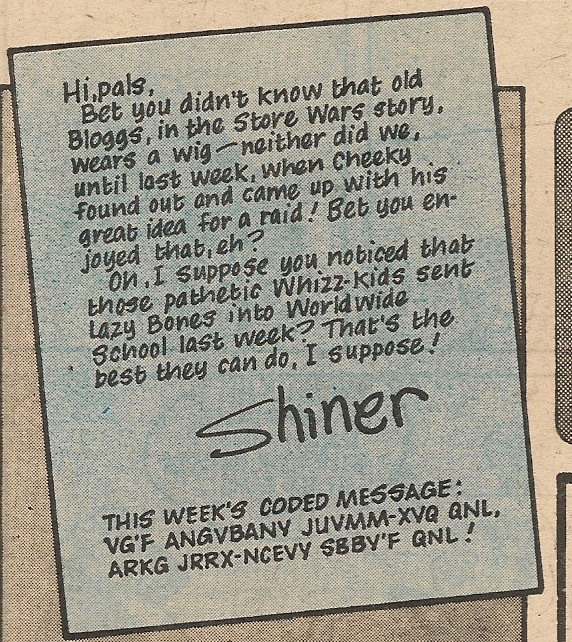 and by a disgruntled Sid on the Whizz-kids page... 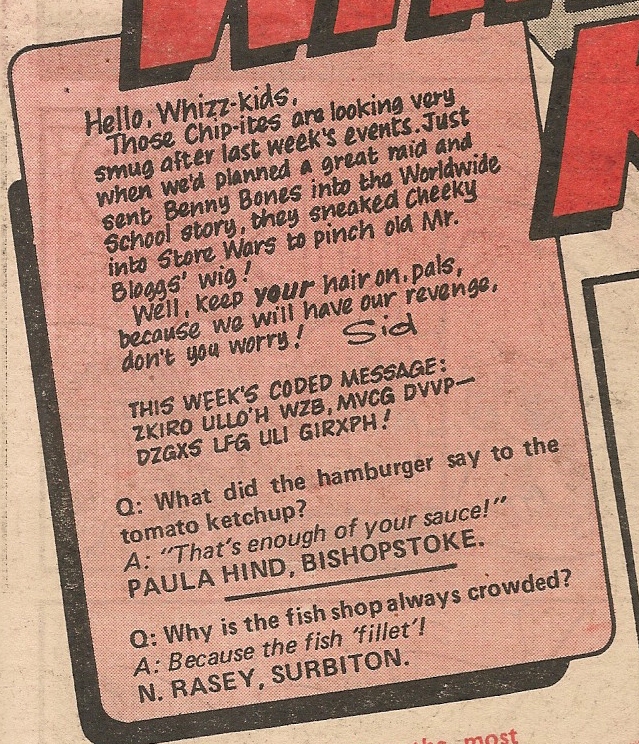 Let's have a look at what Cheeky was up to as a member of the Krazy Gang in the same issue in which he perpetrated his hair-raising raid on Bloggs.