Only one week after the previous raid involving one of our ex-Cheeky Weekly chums, the toothy funster was embroiled in a further cross-comic sortie, as a victim. Can you spot the Whizz-Kid raider in this Krazy Gang tale (in which Cheeky plays a vital role in exposing dastardly dairy doings) from the 13 July 1985 issue of Whizzer and Chips? Scroll down to see the rascally raider revealed... 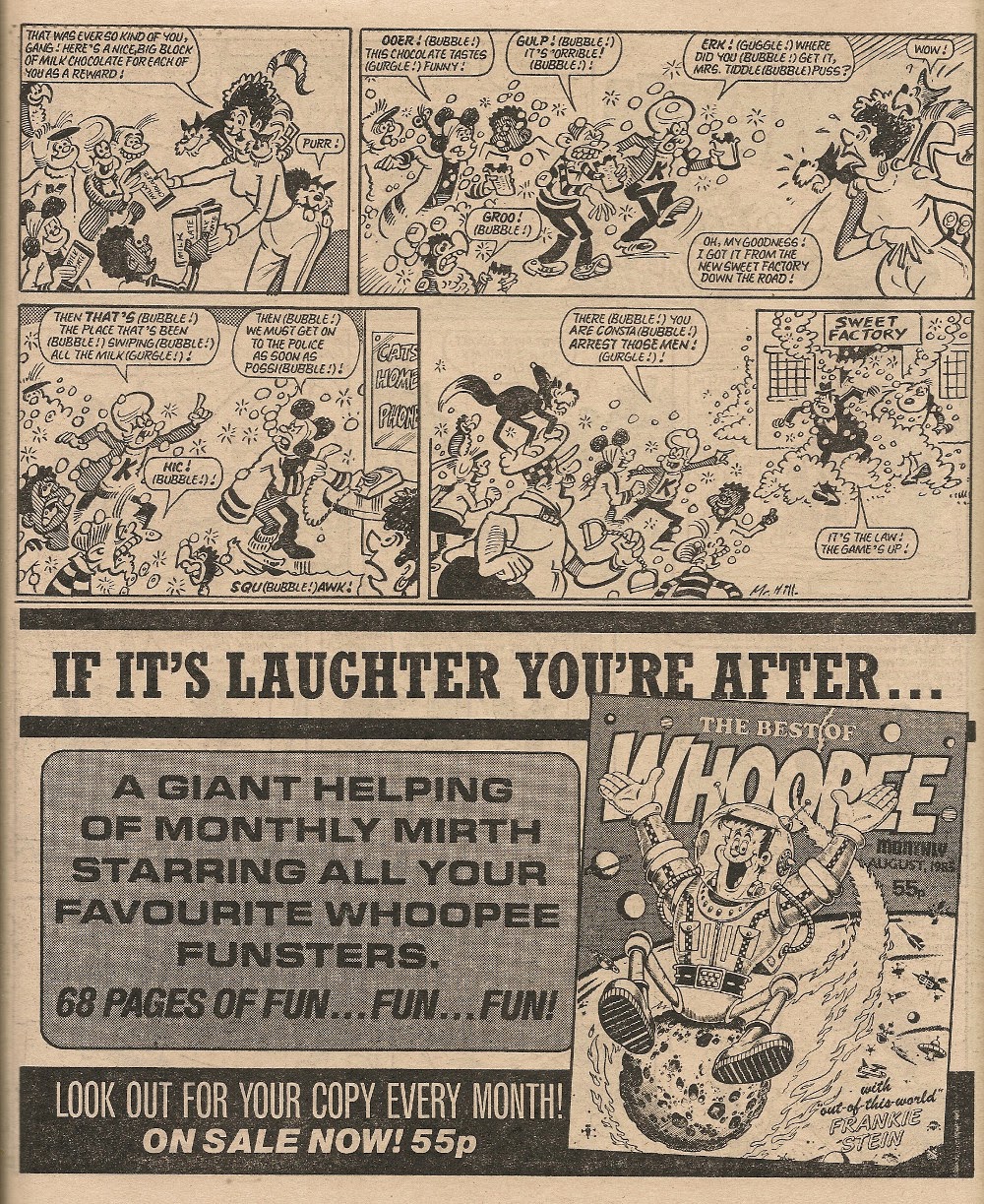 …it's that rich rustic, Pa Bumpkin.

This is the third time (in the post-Whoopee-merge period) that the Krazy Gang have been raided, and means our ex-Cheeky chums have suffered a total of 6 raids while perpetrating 3.