Just read on Lew Stringer's blog of the sad passing of Dick Millington. As Lew mentions, Dick was probably best known among British comic enthusiasts for his Mighty Moth in TV Comic, but he was also one of the select band of artists who on occasion stepped in to keep the fun bubbling along in the Cheeky's Week elements of Cheeky Weekly. It was always interesting to see how other hands would portray Frank McDiarmid's roster of Cheeky characters, and Dick's lively contributions never failed to raise a chuckle. 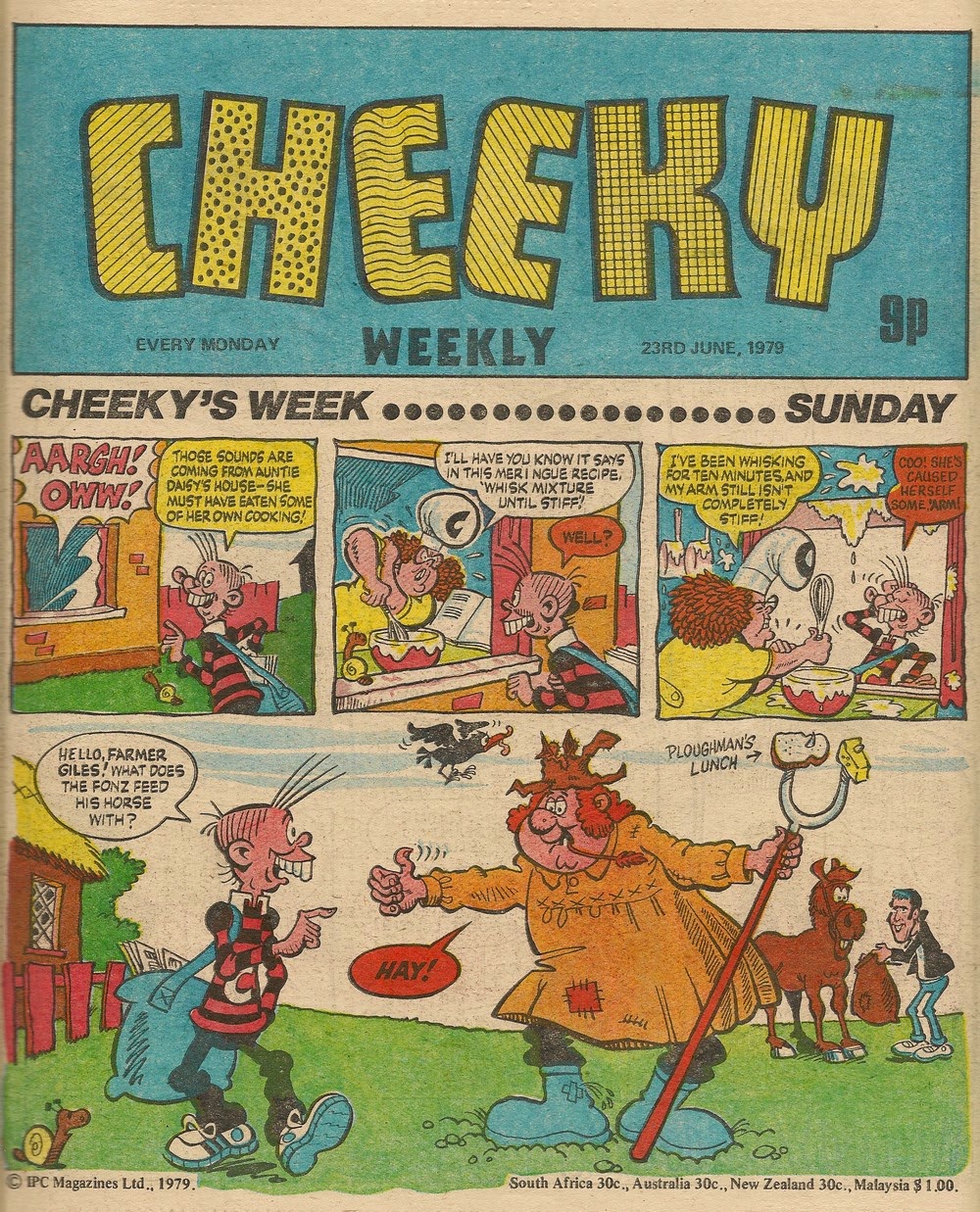