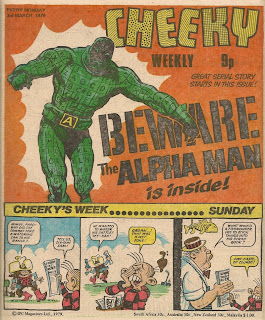 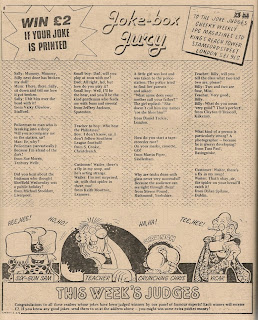 There's a seismic collision between our portly pal Tub and the Fattest Girl in the World on the Mystery Comic's cover. Rotund romance appears to ensue. I'm not quite sure what the 'super-bulge' in the final panel refers to but thankfully it's attributed to the female half of the couple. 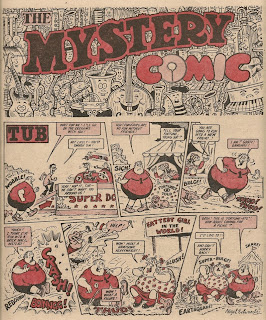 
The final panel of Friday's strip sees Cheeky sneaking a crafty read of Teacher's copy of Teacher's Weekly, as he has for each of the previous 7 issues. However, because the story he was previously reading (Eagle Eye) came to an end last issue, this week Teacher's Weekly serves as the framing device for the first instalment of Menace of the Alpha Man (reprinted from Shiver and Shake).