This flyer appeared in IPC's Whizzer and Chips, and Buster and Monster Fun comics dated 15 October 1977 (and presumably in some of the other IPC titles of the same week). 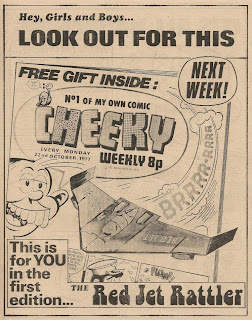 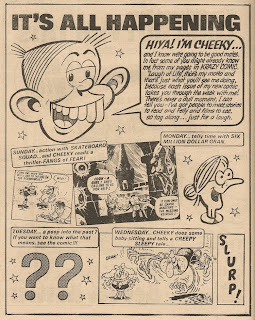 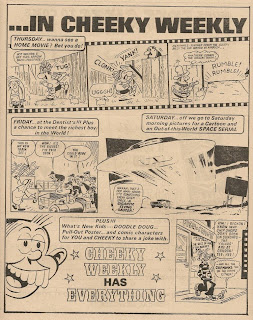 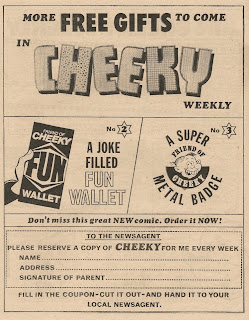 The issue of 2000AD cover dated 15 October 1977 carried a half-page ad for the toothy funster's comic. The copy played up the sci-fi/spooky elements of the new title to appeal to 2000AD's readership. 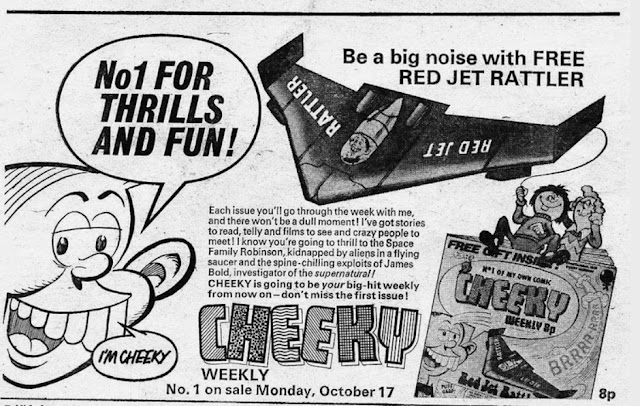