The issue of Whizzer and Chips in which Store Wars made its debut (dated 05 September 1981 and referenced in an earlier post) also contained a 'raid' carried out by Cheeky. The toothy funster had been appearing in Whizzer and Chips as a member of The Krazy Gang since Krazy comic folded in April 1978, and the 05 September 1981 issue of course predates the post-Whoopee-merge period which I'm documenting in the Whizzer and Chips - the Cheeky Raids series. However, since I had the comic to hand and we can never have too much of a Cheeky thing, I thought I'd record in this post the occasion on which our grinning pal ventured into enemy Whizzer territory and brought back a trophy...


Unlike the raids I'm covering in the series of posts mentioned above, this raid was perpetrated and announced within the same issue. Here's the Champ story from that same edition...


In the same issue Cheeky, along with the rest of The Krazy Gang, was involved in fruit-picking fun. 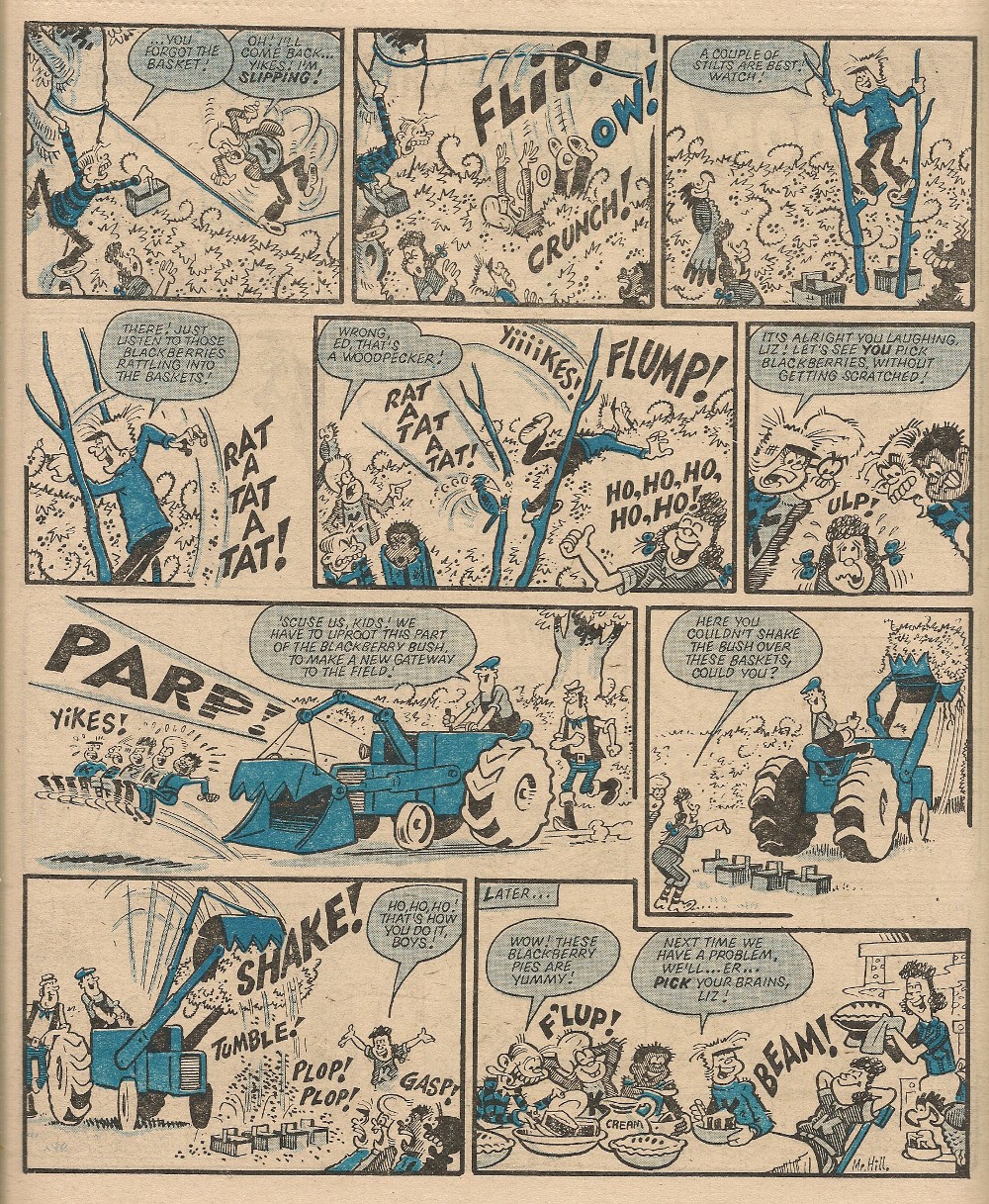