New readers start here...After Cheeky Weekly folded and was incorporated into Whoopee as of February 1980 six strips that had originated in the toothy funster's title survived the merge and continued to appear in the amalgamated comic. Whoopee itself foundered in March 1985 and was merged into Whizzer and Chips. Three of the surviving Cheeky Weekly strips successfully negotiated this second merge and went on to appear in the newly combined publication, rather inelegantly titled 'Whizzer and Chips now including Whoopee'. The survivors were Mustapha Million, Calculator Kid and (appearing only twice) Stage School. Cheeky continued to appear, but as a member of The Krazy Gang, who had moved into W&C when Krazy, the comic in which the Gang originated, expired in April 1978.

Well, it had to happen. Two weeks after intrepid Charlie and Calc infiltrated Odd-Ball's story, came the first issue of Whizzer and Chips wherein ex-Cheeky Weekly characters both perpetrated and fell victim to raids.

On the receiving end of a rascally raid was the toothy funster himself, in his role as a member of The Krazy Gang. Can you identify the wily Whizz-Kid interloper? Scroll down for the answer... 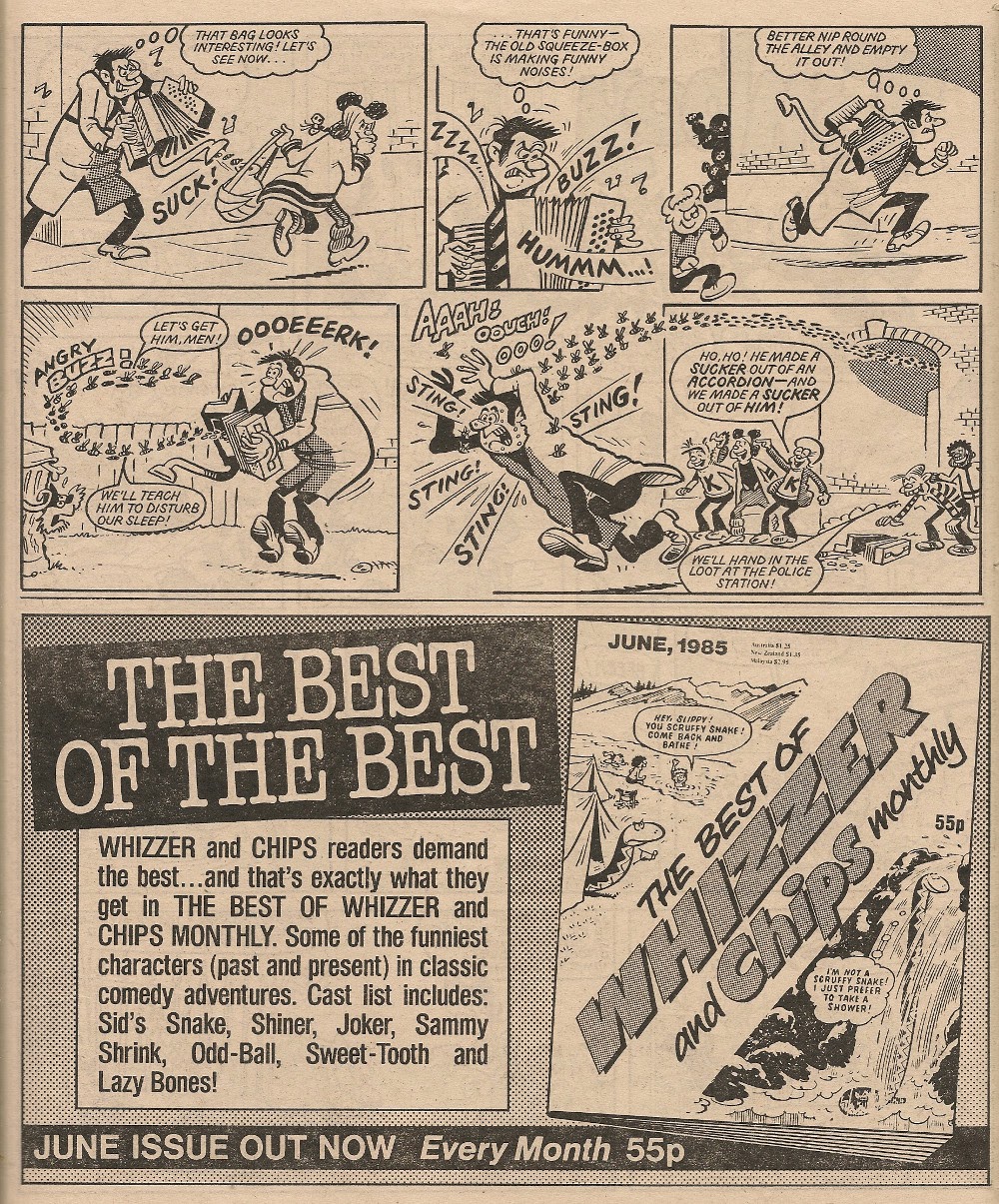 ...Animalad, sufferer from a peculiar animalady which allowed him to undergo bestial transformations.

The revenge raid was made on Boy Boss. Are you able to identify the courageous ex-Cheeky Weekly star who was called on to perform the heroic deed? Scroll down once again, where all will be revealed...

This was the second time our brave Bedouin buddy Mustapha embarked upon a cross-comic sortie. This issue also saw the second raid to be carried out upon the Krazy Gang (in the post-Whoopee-merge era which is the subject of this series).

The reciprocal raids in this issue of W&C mean the current tally of Ex-Cheeky Weekly raiders vsThe Rest remains a draw, with 3 incursions now chalked up for each team. More raiding fun soon!