Sadly, 6 Million Dollar Gran is too preoccupied with entering a cross-Channel flying race to participate in the top ten tomfoolery.
Calculator Kid is in festive mood, but his destination is not the disco; he's been invited to a fancy dress party. Silicon-chipped sidekick Calc advises Charlie to take an unlikely route, involving much mud and brambles, to the celebrations. Arriving in a tattered and grimy state, Charlie of course wins a box of chocs for his 'tramp outfit'. This is one of those rare occasions when the outcome of Calc's microchip machinations is less than optimal... 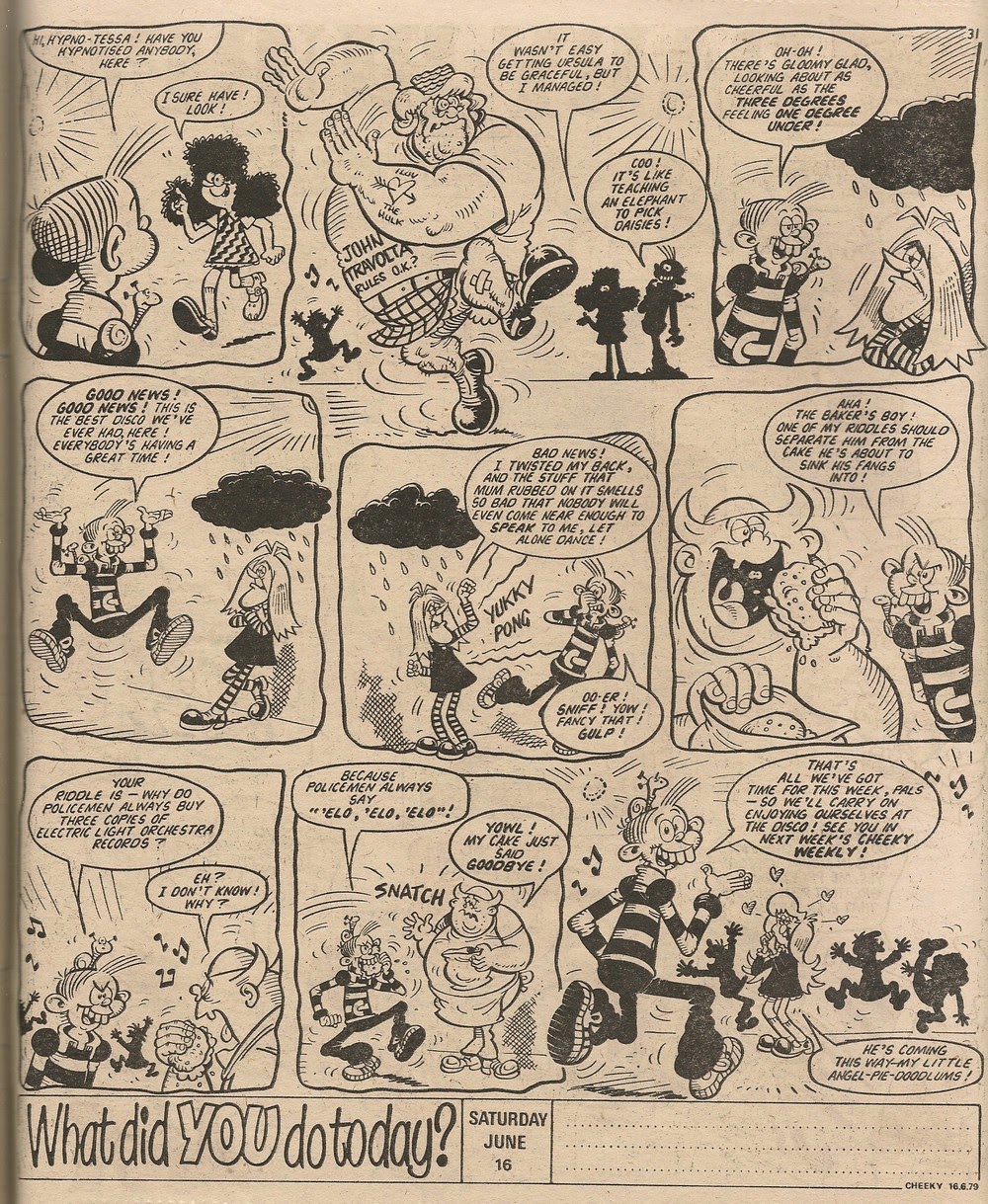