Downthetubes is reporting that a selection of original comic artwork is being auctioned, among which is at least one page of Stage School by Robert Nixon. The 2-page episode (which the notes on the artwork identify as being titled 'Filming') was published in Whoopee! dated 29 May 1982, adorned with red spot colour, and was the first appearance of that rather impressive '20th Century Fox' style title banner. It's interesting that the next 3 appearances of the 'Fox' Stage School title banner (03 - 17 July 1982) were on strips drawn by Brian Walker, who was apparently the owner of the artwork being auctioned. I suppose it's possible that Brian was given Robert Nixon's artwork as a reference for his Stage School strips.

I won't be among the bidders, so good luck to those hoping to secure this nice collection of work. 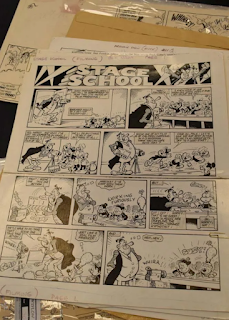 The above page is the only Stage School work shown in the online listing for the auction. I'm showing some published artwork below for comparison, but I have no idea what, if any, other Stage School items are included in the portfolio on sale.
v 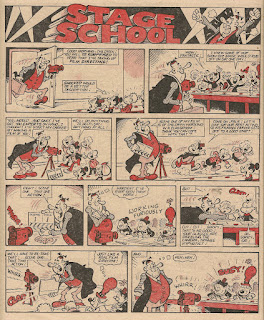 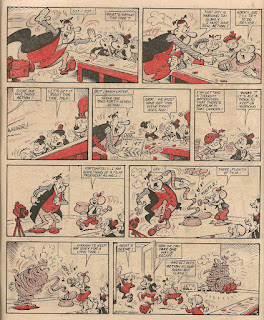 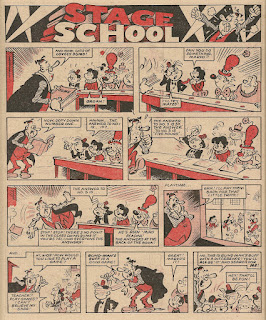 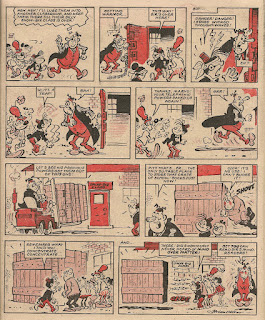