Even-numbered weeks of IPC's 1979 Star Guest promotion saw representatives of Cheeky Weekly visiting Whoopee! and as we've reached week 16 of the sales-boosting sallies into companion comics, the only question is who has been chosen from the ranks of CW superstars to promote their comic. Stepping forward to do his duty for the second consecutive week (the previous week in Whizzer and Chips) and his third time as a Whoopee! Star Guest is the toothy funster himself.


Disco Kid's 'Leaf Carrot' joke mystifies me. Anyone? Update - Peter and Bruce have solved the riddle - see the comments below.

Like Cheeky's promotional outing in last week's Whizzer and Chips, this strip is actually a mash-up, re-using previously published Frank McDiarmid art to present some new gags. This time the majority of the art was originally seen in Cheeky Weekly dated 03 March 1979 (an issue in which the toothy funster sported a long scarf). 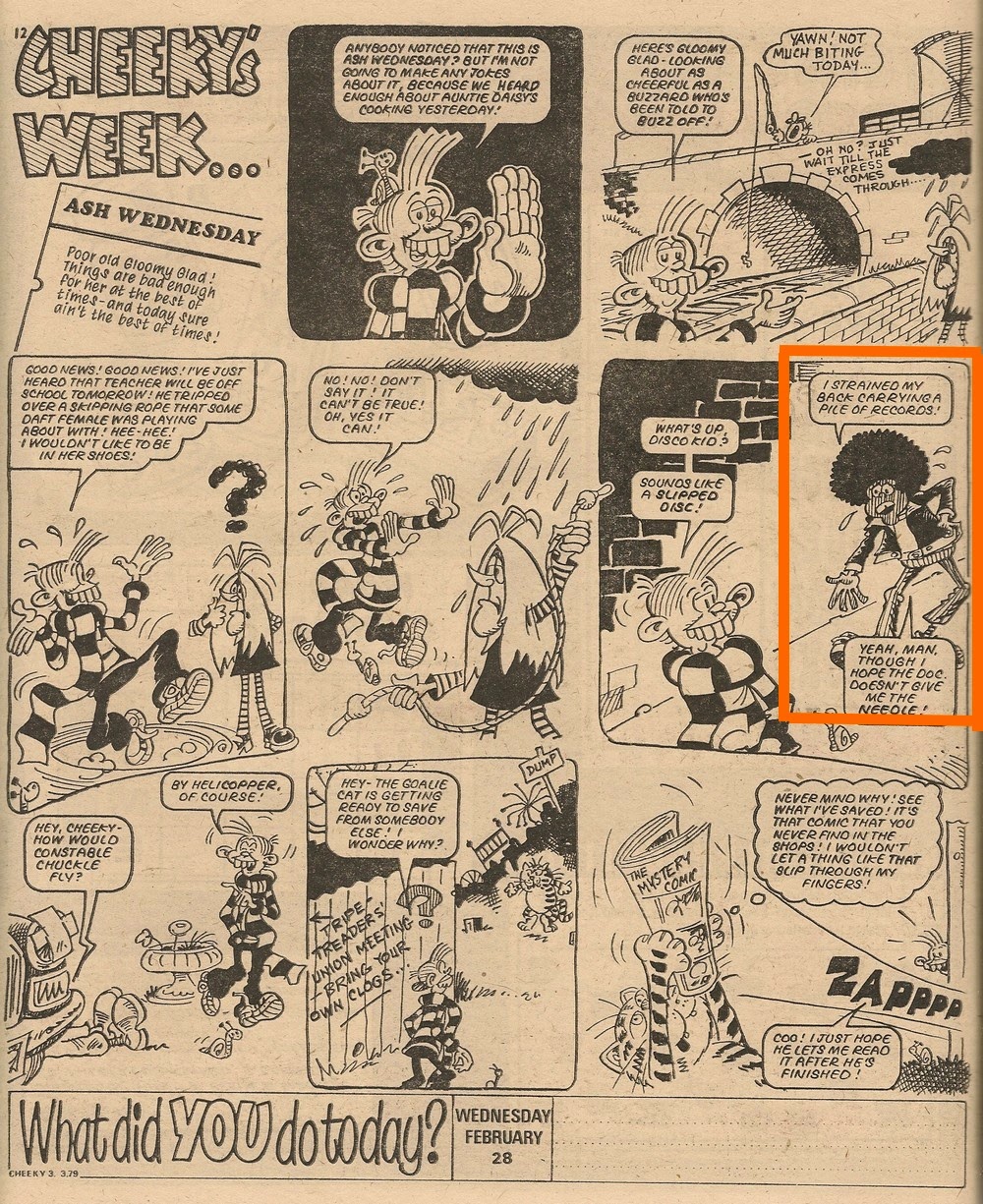 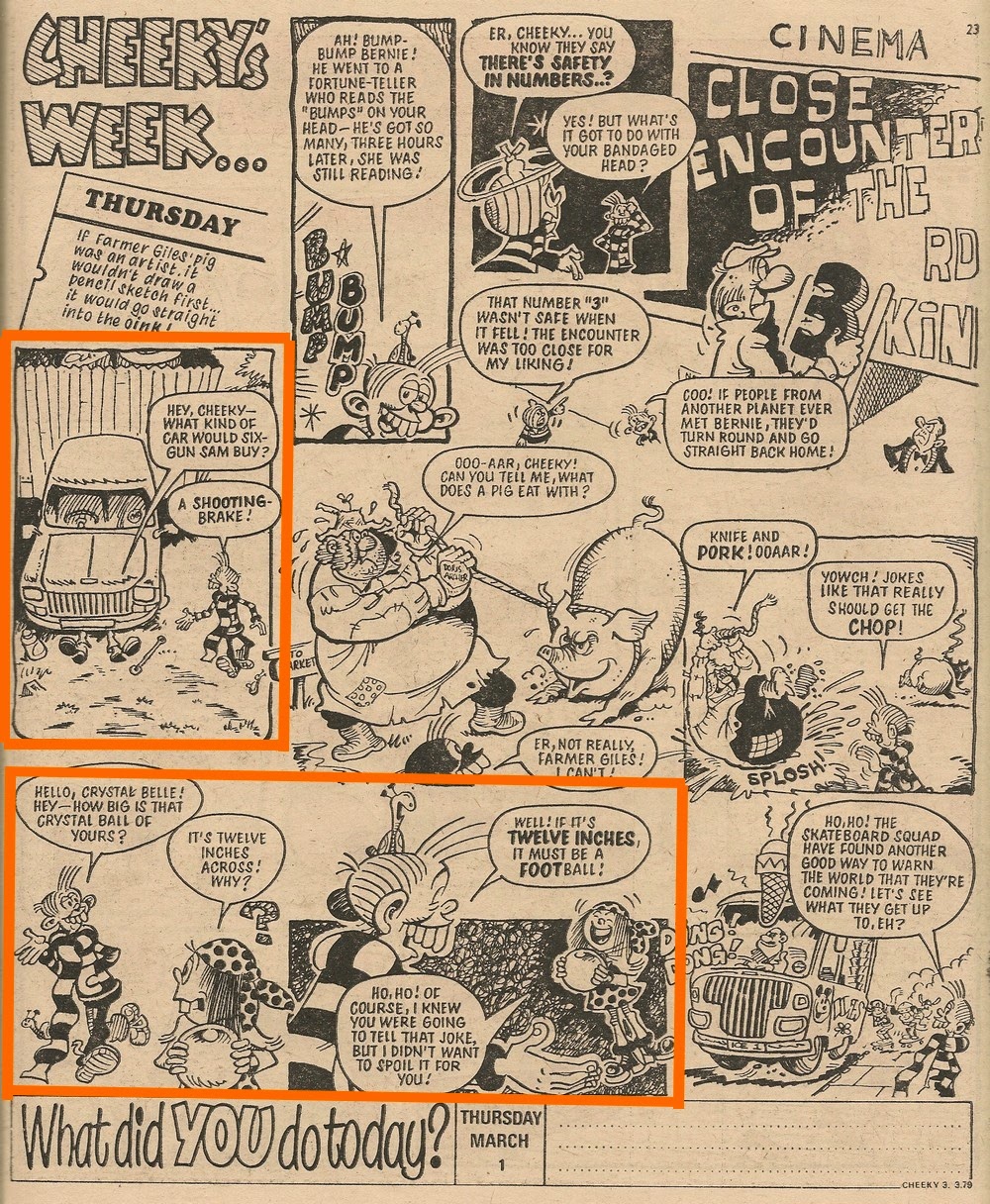 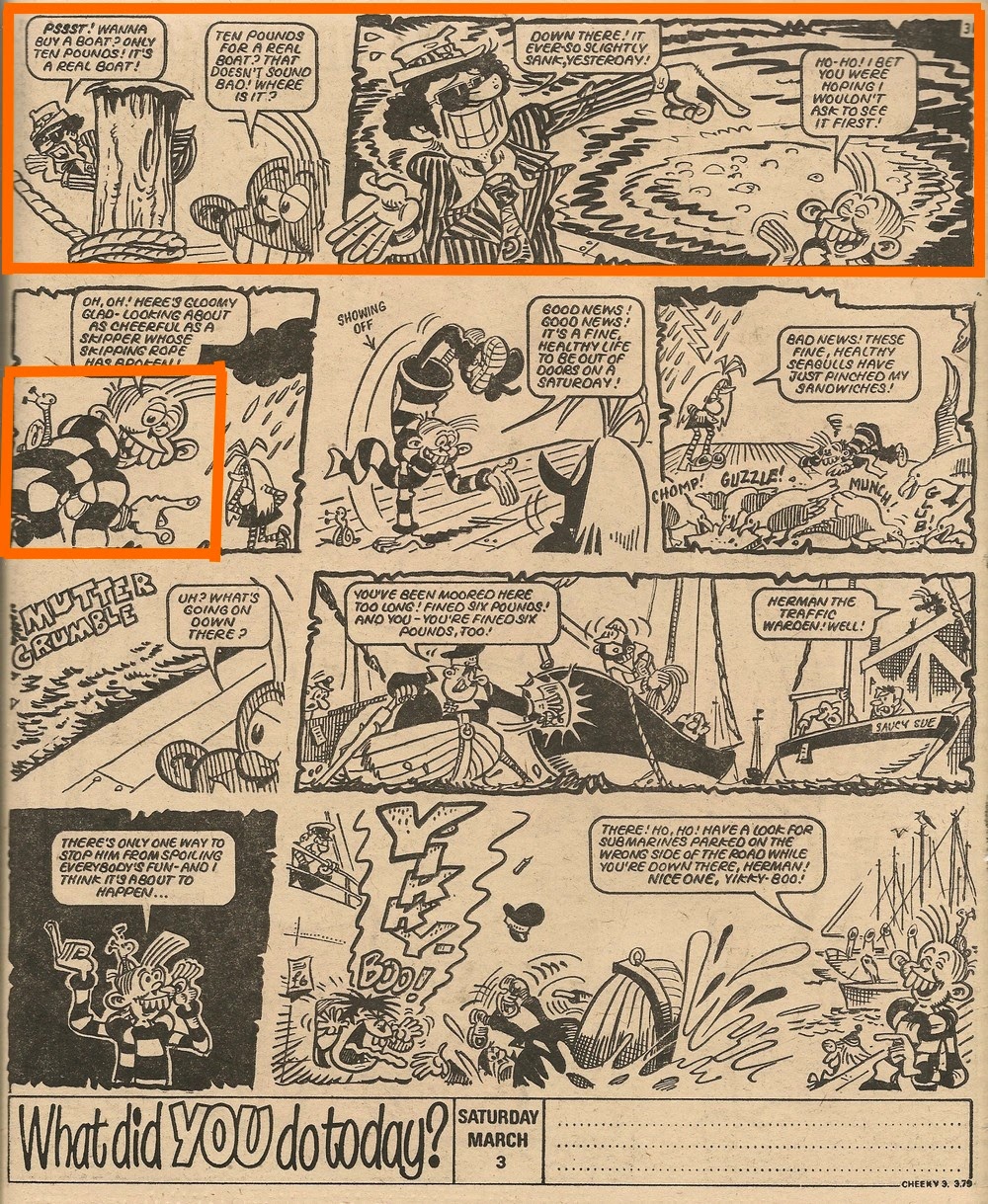 Any Whoopee! readers who failed to be enticed by the toothy funster's visit would have enjoyed 29 further weeks untroubled by Cheeky's corny gags. No doubt those same Whoopee! readers would have been dismayed to learn in their comic dated 02 February 1980 that our grinning pal, and a retinue of fellow Cheeky Weekly survivors, would be seeking refuge in the pages of their comic of choice as of the following week.
Posted by Niblet at 14:54